Ongoing visit to Galisteo Studio – by appointment only. 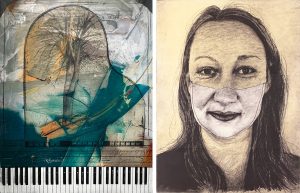 I often describe my art making process as a stream of consciousness. Similar to the way I live my life, one thing leads to another and then another and before I know it I’m on to something new that was never part of an original plan. “If I knew where I was going I’d be lost.”

Breakfast at Harry’s – Are We There Yet?

In the early 80’s a group of artists gathered together for breakfast at Tia Sophias. It proved to be the first of many breakfasts. Group show featuring the art of Ron Pokrasso, Frank Ettenberg, Bill Sortino, Joel Greene and Stan Berning.

The 2019 Santa Fe Studio Tour showcases works from over 70 artists in Santa Fe. My studio # 21 features free demos and works from all periods of my career at reduced prices. An online sale coincides with the tour.

Some Recent Works On Paper

A group of recent works on paper will be featured to coincide with a 5 day workshop at the adjoining Remarque Print Studio. A pop up exhibition of works completed by students in the workshop will also be featured at the opening reception, Aug 3, 5-7. 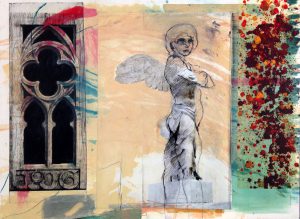 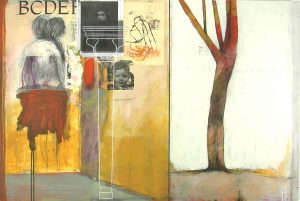 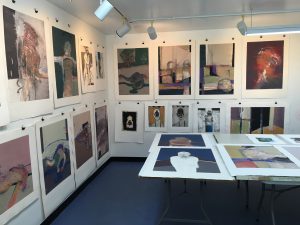 Over the last eight years, Timberwick has been my studio, an artist’s retreat for talented printmakers from across the world, and a gathering place for many of you. There are many gems hidden away in the racks and flat files of Timberwick Studios. I have artworks going all the way back to 1975, from every […]

Fun With Music and Art 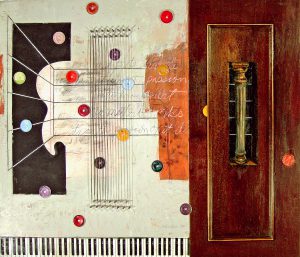 An exhibition of mixed-media works on paper and wood by Santa Fe based artist, Ron Pokrasso. 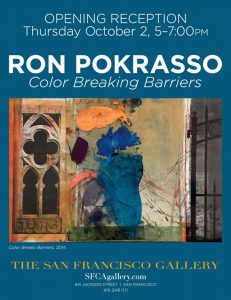 we should add some of the images from this page http://ronpokrassoworkshops.blogspot.com/p/premier-exhibition-san-francisco-gallery.html

More info and view the artworks